2015 UPDATE: The 2nd Annual Halloween Photo Hunt is up and running HERE.

A few weeks ago, I developed a photographic scavenger hunt intended for smaller, slightly less “social” social groups. (I admit, I had selfish reasons. My little nuclear family is made up of introverts. When it comes to public outings, none of us want to beg actual items from strangers.)

We got a chance to give the game a full on test run last Friday. We played parents v. kids, in two teams of two. It was chilly, so we limited the game to two hours.

We had a blast. I’d play again in a heartbeat.

While the simple items from the scavenger hunt list are still on display, have a go at it yourself. I’ll bet you can come up with even more creative shots and poses than we did.

And here’s a video collage of the whole thing.

This is the first entry in my new blog feature, the Friday Night Picture Show.

In the future, I expect to post a photograph or photo set most of the time, but it seemed right to start things off with something weightier, to anchor the feature. 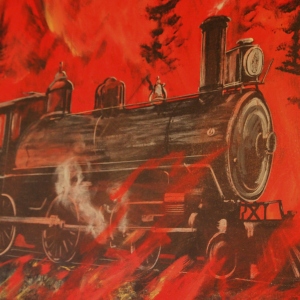 Graveyards, churchyards and cemeteries: spending an afternoon with the dead.

For me, time spent in a cemetery is peaceful and conducive to introspection at any time of the year. My favorite season to visit a graveyard, though, is autumn.

In the northern hemisphere, at some point in September or October, a well-treed cemetery will become one of the loveliest possible places to view the colors of fall’s changing leaves. The park-like nature of the grounds make it likely that these brilliant reds and golds will be displayed above, against an azure sky, and underfoot, against an emerald lawn. A graveyard in the fall tends to be a quiet place, with few other people around to intrude on one’s thoughts. As a bonus, autumn’s cooler temperatures reduce the number of mosquitoes that often seem to love old, shaded cemeteries as much as I do.

Besides all that, the season of All Hallows Eve, Samhain, and Dia de los Muertos just feels like an entirely appropriate time to spend an afternoon with the dead.

** ADOPTING THE GRAVES OF FRANCES & LITTLE ONE **

In another of my Halloween articles, I provide a printable checklist of things to do in the weeks leading up to October 31st. One of my favorite suggestions in the booklet is to adopt a grave and tend it through the season.

This is something I’ve been doing casually for a long time, but when I decided to elaborate on the activity for this Halloween-themed post, I set out for the graveyard so I could get some photographs. At the time, I was just thinking about gently sweeping away debris and leaving a flower. 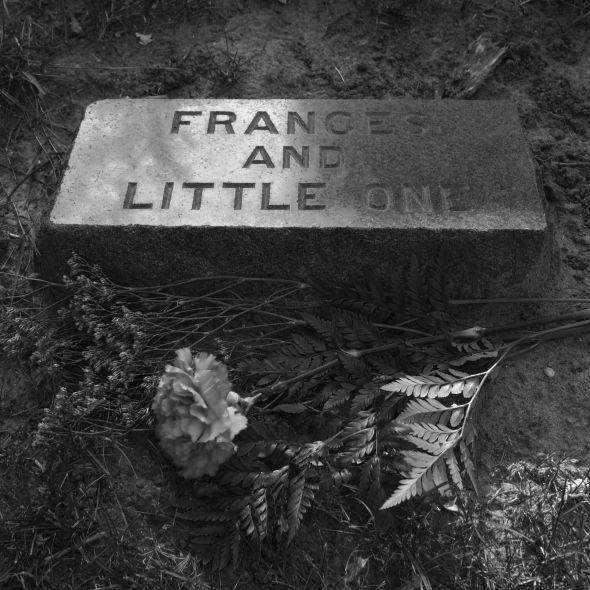 As usual, there were all sorts of touching and appealing candidates for grave adoption, but the moment I saw this little stone I was caught by the heart. It sits at the foot of a larger marker which is engraved with Frances’ full name, life dates, and a dedication from her husband. She was 31 when she was buried in 1904.

Based only on the foot stone, I assume she and her little one died in childbirth.

** THE OLD CHURCHYARD OF ST. JOHN IN THE WILDERNESS **

The grave(s) lie in what is now a graveyard, but was once a churchyard.

Until recently, I didn’t know there was a difference, but there is – even if the distinctions are subtle:

In this case, the resting place of Frances and Little One was once the site of the first church built in White Bear Lake, Minnesota – St. John In the Wilderness Episcopal.  (So named because it was located thirteen miles north of St. Paul, the state capital. According to church records, the first interment was in 1861. At that time, the area really was wilderness.)

Though this burial ground was once a churchyard, it became a graveyard in 1874, when the church building itself (see below) was picked up and transported over the ice of White Bear Lake, so it would be more conveniently located for parishioners. A graveyard that continued to serve the church was left behind. (No churchyard exists at the site where the church was moved to.)

In the introduction to his fascinating book, At Home: A Short History of Private Life, Bill Bryson relates the following conversation (which I have abridged):

“Have you ever noticed,” Brian asked as we stepped into the churchyard, “how country churches nearly always seem to be sinking into the ground?”

I allowed … that I had no idea.

I glanced appraisingly at the gravestones and said, “I don’t know. Eighty? A hundred?”

“I think that’s probably a bit of an underestimate,” Brian replied with an air of kindly equanimity. “Think about it. A country parish like this has an average of 250 people in it, which translates into roughly a thousand adult deaths per century, plus a few thousand more poor souls that didn’t make it to maturity. Multiply that by the number of centuries that the church has been there and you can see that what you have here in not eighty or a hundred burials, but probably something more on the order of, say, twenty-thousand.”

In the book, Brian Ayers – retired county archaeologist of Norfolk, in the East of England – goes on to explain how centuries of burials causes the land to rise over time. I encourage you to read it – it’s full of fabulous stuff like that. (Of course. It is, after all, by Bill Bryson.)

Here in in the state of Minnesota, I haven’t yet found a churchyard that matches the image that Bryson creates in my head. A bit of web searching, however, turned up this photograph from Old Pine Churchyard in Pennsylvania.

In the summer of 2014, I did get the opportunity to visit an American churchyard, in Beaufort, North Carolina. It was beautiful and I made a video tour to share with you.

For more information about the cemetery, visit

The Minnesota churchyard / graveyard of Frances and Little One is not nearly so crowded. There is space between each monument, and I can believe that most of the 621 recorded burials there are accurately represented by tombstones.

Which is a good thing.

You see, while I was getting this post ready today, I ended up finding a new hobby, and a new reason to spend time in cemeteries.

When you go to this site, a world of interesting graveyard-related information and activities opens up.  At Find A Grave, you can:

As I explored Find A Grave, curiosity made me enter my dad’s name into the search box. I discovered that a distant cousin on my mother’s side has located and virtually adopted my dad’s grave. (My father died when I was 9, and is buried hundreds of miles away from me. I am not in contact with anyone from his side of the family. Until today I wouldn’t have known how to even find the site.) My cousin also started a online memorial which I can now add to. This discovery brought tears to my eyes.

I sent a note of thanks to my cousin, and left virtual flowers on Dad’s memorial page.

Then I really dug into the site.

If you go through a quick, free registration, you can also:

In the space of one day, I was able to:

Update: The requestor of the grave photo has given me permission to share the link to Joseph Marcotte’s memorial to show how Find A Grave works.

If you click on any of the pictures credited to Renae Rude, you can see what notes I added. In this case, I was lucky – the tombstone was almost completely illegible, so I fulfilled the request with what I THOUGHT was likely Joseph’s grave. Because she had seen it years ago, she was able to confirm we’d found the right one.

I don’t suppose locating and photographing lost graves will always be that easy and fast, but it was a perfect introduction to my new reason to spend inordinate amounts of time prowling graveyards.

** THE PART WHERE I CIRCLE BACK TO FRANCES & LITTLE ONE **

Of course I checked Find A Grave for additional information about Frances and Little One. There isn’t much. Someone uploaded a photograph of the main stone and transcribed the inscription. Whoever did it doesn’t appear to be a family member, but rather a person who was cataloging the whole graveyard. I added my photo of the small foot stone to the listing.

I googled Frances’ name, to see if I could find an obituary, but nothing popped up. My next stop will have to be the microfiche at the local historical society. I’d like to find more information about her, so that I can add it to her online grave site listing.

There is a wealth of information available at The Association for Gravestone Studies.  I encourage you to explore the site thoroughly when you have time.

If you’re feeling inspired to get up and out the door NOW, I’ve cherry-picked some important and/or fun info for you:

1) It is NOT okay to do gravestone rubbing willie-nillie.  If this is something you’d like to try, start by reading the guidelines here:

2) The symbols carved on tombstones, and the design of the headstones themselves, often have cultural meaning. (Though we can never be CERTAIN of why any survivor wanted a grave to appear a certain way.) For printable (PDF) guides to some common symbolism, click on either or both of the following links, which are provided by The Association for Graveyard Studies.

BONUS: My favorite graveyard song. (I also think of it as sort of my theme song.)