I forgot that I was supposed to write a Stephen King themed blog for the second week of the King’s March linky sponsored by Forth Street Review and Wendsend.

Click the pic to go to this week’s link up.

Luckily, I’ve been completely immersed in King for the entire month.

1) I’m continuing to re-read Christine. On this pass, I’m learning a great deal about how to do a first person narrative elegantly, which is going to come in handy because my planned writing project for April is in first person.

2) I enjoyed reading all the blogs posted by the other King’s March participants, but my favorite was this one:

LITERARY MIXTAPE | THE STAND by Rory, of Fourth Street Review.

I might chose different songs (and I might actually do it, some hot night this summer, while sitting on the patio with my iPod speaker-stand-thingie and a beer) but I can’t fault the creativity that went into Rory’s selections.

3) What I didn’t expect was that I would be watching The Shawshank Redemption this week. My son “had” to watch it so that he can participate in a group project for his communications class. The assignment is to study the relationships between characters in the film, then write about the dynamics of said relationships.

I’ve never been so pleased with a professor before.

Ogre and I happily settled in with The Boy one blustery evening last week. Of course, we’d both seen the movie, but this was the first viewing for our son. He is not familiar with King, because he’s not interested in horror. (He’s a fantasy guy.) No matter how I often I tell him that King isn’t JUST about horror, and that even the all-out horror novels aren’t the kind of horror he thinks they are, I’ve not been able to persuade him to give Constant Writer a fair shake.

I’m sure it will surprise no one that he loved the movie.

I was rather hoping that seeing the film would make him want to read the book immediately, but I’d forgotten how even formerly voracious child-readers resist reading anything they don’t have to in these high school / college years. I’ll just have to wait until summer, when perhaps he’ll be willing to read for fun again. (Believe me, I’ll be leaving tempting stacks of King books around, just in case.) In the meantime, I can’t wait to see which relationship he chooses to write about.

There is something to be said for going into a movie with such a specific agenda. (At least upon a second or third viewing.) It focuses you on one aspect of the film, which helps you notice details that are otherwise missed.

I guess my point is that ALL the relationships in this story are worth a second, deeper look. And that’s just one of the things that makes King a master.

So, if you had to write the paper, who would you pick?

Resolutions Review: How “You Need A Budget” (YNAB) helped us save $1000 in less than 3 months.

On Monday, I introduced this month’s series in a post called Resolutions Review: did you get control of your weight, fitness, money, and work issues? (Plus Power Poses.) Tackling this series a bit of a stretch for a paranormal-themed blog, but less so if you understand that I define the word paranormal broadly.

Para- / par-ə / Prefix. ”Alongside, near, beyond, altered, contrary to.”
normal / nawr-muhl / Adjective. “Conforming to the standard; usual; regular; natural.”

No matter how far I stray from topics like ghosts, cryptids and mysteries, I am always thinking about how to make life better and easier for my kindred. These articles will become part of a section of the blog I’m developing, dedicated to living a (moderately) paranormal lifestyle. 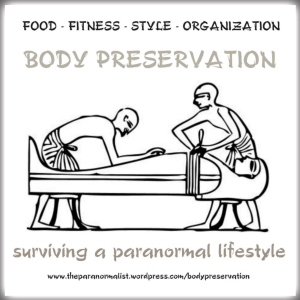 There. That’s out of the  way.

Today, let’s take a sharp turn toward the concrete and practical and talk about money.

You can skip this next part if it’s too long and you want to get to the review of the financial planning software we’ve found. Just scroll 🙂

Here’s our backstory, told as succinctly as possible, in case you need or want to know what our situation was before YNAB:

My husband and I married at 23, and I brought him a four year old daughter as a wedding present. (Shout out to Pooka.) We were determined to live a very Ozzie & Harriett kind of lifestyle, and though he was at the beginning of a promising career as a software engineer, the paychecks didn’t stretch far enough to pay for all the “normal” things we wanted. Obviously, then, we financed the lifestyle we wanted with credit cards. (It was the early 90s.) We bought used cars (though we weren’t able to fix them when they broke.) We bought a house (though we weren’t good at or interested in home maintenance projects.) Five years later, we had a son. (Shout out to The Boy.)

Eventually of course, we realized how over-extended we were. We entered into a non-profit debt consolidation program. We decided we wanted to simplify our lifestyle, so we sold the house in town (which was falling apart anyway) and moved into a “less expensive” house, out to the country so we could be a bit more self-sustaining and finish raising the kids on a min-farm.

Over the next 5-7 years, we repaired the damage we’d done with our early credit-fueled spending. We loved the farm, though it ended up costing a LOT more than living in town had, despite the lower sticker price. Even small scale hobby farming is harder than it looks, and requires more of an investment than you’d think. (And we still weren’t good at home maintenance stuff.) Then there was the added cost of my husband’s commute, which was more than an hour each way, on good roads. (We live in Minnesota. There were many more days of bad roads than good.) But we were surviving, and our credit score had recovered. We carried little debt. We used a big bonus my husband received to almost completely pay for TWO brand new, if eminently practical, vehicles. (We loved the extended bumper-to-bumper warranties and learned that we probably should have been buying new from the get-go.)

Then some sort of vorpal tunnel opened up beneath us. Elder-care for my mother (who had me late in her life) — which had always been a bit of a drain on our time and finances — intensified. Our daughter received an entirely unexpected double diagnosis of thyroid cancer and rheumatoid arthritis. (We had good insurance, but there are so many expenses that come along with worry over family members … and in this case we were lucky to have our girl living with us, but my mother was a 45 minute drive away.) Gas prices were soaring. To top it off, though we were barely aware of it at the time, the housing market crashed and our home mortgage was suddenly seriously “upside down.” We had to tap those credit cards we hadn’t been using, and we were grateful to have them.

Then, two and a half years ago, my husband was let go from the job he’d had for ten years. We know it was ten years, because — just the month before he got the pink slip — they threw him a big party at work to celebrate his anniversary. We didn’t see the job loss coming. That’s when we became truly aware of how bad the economy had become. We knew he’d probably be job searching for at least six months. We knew we were going to lose the house.

Because, other than my husband’s 401K, we had no savings.

My husband’s company gave him (and another 3-4  of his mature, well-established, expensive co-workers) a nice severance package. After much thought, and taking into account all of the developments in our family, we moved from the farmlet to an affordable apartment, near the college my son would attend, in a lovely town, close to the Twin Cities. We both set to looking for work, even though I was nearly unemployable. We lived on the severance package until that ran out, then on a combination of unemployment and the pay from the near-minimum-wage job I eventually found. (At the #paranormalhotel, of course.) Because God hates us, both my son and I needed expensive dental work during this time, and we didn’t have insurance.

Savings? Hell, we weren’t covering all the utilities.

ELEVEN MONTHS after losing his job, my husband found another. We paid off the dental balances. We got caught up on utilities. We  bought some jeans that didn’t have holes in the knee. We realized that we’re basically starting all over again — at 46, with a lousy credit rating and a foreclosure to our names. We came to the conclusion that we want to move to the Mid-Atlantic, to get away from Minnesota winters and get closer to where our daughter has settled in North Carolina, and then we realized …

We still didn’t know how to save any money to make that move possible.

We took an online class, which helped. We learned about zero-balance budgeting. We tried to work with Quicken, but quickly discovered that its budgeting features didn’t do what we wanted them to do. In November, I set myself the task of finding some sort of financial planning software that would help us meet our goals. After several false starts, I found You Need A Budget, aka YNAB.

I can’t introduce the software better than the professionals over at YNAB do. Below, I’ve provided a selection of links and videos that will give you both an excellent overview of the product and some details abut how it works. What I can do is tell you why it worked for us.

What we love about this program:

This is the short commercial-style video.

This is an 8 min. video that details the basic process, including some screen shots of the program itself.

a good overview of the support resources available to everyone: www.youneedabudget.com/support

and here’s an overview of the features, including some discussion of the tech that makes it work:  www.youneedabudget.com/features

These were taken the night BEFORE Halloween 2013, when we attempted to do Twisted Ding Dong Ditch.

As of today, there’s only 40 more weeks to wait! Yep, Halloween is going to be on a Friday night this year.