The first M&M Media of each month is always more extensive than those that follow, but the following paltry offering is ridiculous. I promise, I’ve checked all my sources; this week is just a dud for new macabre and mysterious entertainment. Remember to check last week’s edition if you missed it, because all the media I featured there is still available.

How bad is it that the most exciting thing about this list, for me, is my own nostalgia for an imported melodrama I watched for a while 30+ years ago? 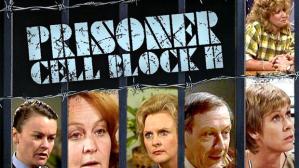 Orange is the New Black, season 4

Available on DVD from Netflix.
Available streaming on Netflix – seasons 1-3 already available, season 4 arrives June 17th, 2016.
Not Available from Redbox.
Not a movie. Not paranormal in any way, but a guilty pleasure, nonetheless. I drifted away from watching this show after the second season, for no particular reason. It’s ideal for a marathon though, so there may be a stretch of too-hot-to-think days ahead that will allow me to catch up with the women.
On IMDb here.

That reminds me: Does anyone besides me remember the show Prisoner: Cell Block H? (Fun article at that link, from Den of Geek.) I got totally sucked in as a very young teenager, when I could watch it in syndication in the afternoons. Netflix has a DVD collection on offer, but by all accounts it’s terrible. (Incomplete, out of order, etc.) All 692 episodes, however, are apparently available on You Tube. Just sayin’.

NOT-NEW, BUT GOOD, ON NETFLIX:

Available on DVD from Netflix.
Available streaming on Netflix.
Not Available from Redbox.
I had completely forgotten about seeing this until I ran across it today while desperately searching Netflix. This movie belongs on two of my existing best-13 lists, and on one I’m still compiling. There’s some controversy around this film, including the idea that the trailer below gives away too much. (Skip it if you want to go in completely cold.) I don’t mind. I think the story is compelling and the atmosphere is delightfully mysterious. Excellent acting by Daniel Craig. Visually striking, lovely to look at. If you haven’t seen it, you should.
On IMDb here.

Available on DVD from Netflix.
Not yet Available streaming on Netflix.
Available from Redbox.
Ah, I found a gem. I’ve seen this movie, but I’ll be honest and admit that it was so long ago that all I can remember is thinking it was amazing. It’s now in my to-watch queue. I’ll reserve my final color coded judgement until the re-watch, but it’s either going to be green or orange (I’m pretty sure it’s REALLY intense, possibly too intense for some.We’ll see what my older, kinder, wiser self thinks of it.)
On IMDb here. (linked)

I’m too old for this, right? I mean, the original was a 90s phenomena, and I’m more of an 80s chick. That’s gotta mean at least part of the cool factor here is lost on me. (But the way, I checked; the ’96 version is NOT available on Netflix.) I’ll have to go in clueless. Still, I love James Franco, so I’ll give it a shot.

From the homepage:
“In honor of the 20th Anniversary of the cult classic, “Mother, May I Sleep With Danger?,” Lifetime and Sony Pictures Television team up with James Franco to remake the classic TV movie … The retelling stars Franco and reunites Tori Spelling and Ivan Sergei from the original film …With a story by Franco, this updated classic features a vampire love story that brings a whole new meaning to “sleeping with danger.””