20 Styles of Thriller by Anthony Vincent

This week, I think I’m most interested to give this a go: 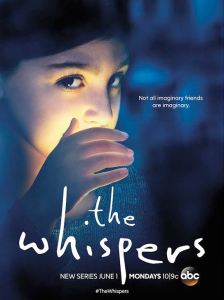 From the homepage:
“One gunshot, one death, one moment out of time that irrevocably links eight minds in disparate parts of the world, putting them in each other’s lives, each other’s secrets, and in terrible danger. Ordinary people suddenly reborn as “Sensates.”

UPDATE: I’m more than half-way through the season now, and I am hooked. Be aware this is NC-17 television. (I was shocked by the strap-on scene in the first episode. NOW are you taking my warning seriously?) That said, I am fascinated by the show.

I was deeply confused while watching the first episode, and a second watch (when I shared it with Ogre) really helped me get a handle on the plot.

This is a LGBT-friendly story … in fact, of the eight “linked sensates” one is a transgender woman involved in a beautiful romance with her lesbian partner, and another is a closeted gay man who is also involved in a (slightly less) loving relationship. Sens8 also strives to be multicultural, and part of the fun is seeing how Nairobi, Seoul, San Francisco, Mumbai, London, (and Iceland,) Berlin, Mexico City, and Chicago are portrayed.

I am pretty fuzzy on the details of the reason for sensates, and how a cluster is created, but I’m holding out for the answers.

I am giving Sens8 a green rating based on quality. If you will be offended by depictions of creative sex that stop just shy of pornographic, and by full frontal nudity, consider it an orange.

Apparently Netflix is releasing some of R.L. Stine’s works to streaming. Here’s one. Also type “R.L.” into the search to find more.

NO LONGER IN THEATERS:

Available on DVD from Netflix.
Not yet Available streaming on Netflix.
Available from Redbox Oct 6.
On IMDb here.

ABC | Mondays | 10/9c | Series premiere tonight.
From the homepage:
“We love to play games with our children. But what happens when someone else starts to play with them too? Someone we don’t know. Can’t see. Can’t hear. In The Whispers, someone or something — is manipulating the ones we love most to accomplish the unthinkable.”

Stephen Spielberg is one of the producers for this, and Lily Rabe (from American Horror Story) is one of the stars. I’ll be either watching or recording it.

UPDATE: So far, so green.  🙂 I’ve only caught one episode, but I like the story and I love the cast. I’m seeing much better acting from the children than I’m used to.

NBC | Thursdays | 10/9c | Returns June 4th.
(3nd season)
Seasons 1 & 2 are available on Netflix DVD.
This one got away from me sometime in its first season. Just thought I’d share the premiere info for you fans.