This beautiful music was composed by a man who murdered his wife and her lover in 1590.

The absolute best movie I saw in April was: 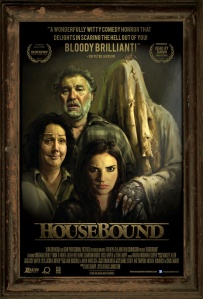 THIS WEEK ON NETFLIX & IN REDBOX:

Available on DVD from Netflix.
Available streaming on Netflix.
No longer Available from Redbox.
I’m probably not going to watch this one, because the reviews are telling me that it gets pretty gory in the second half. It’s a shame, because the first half sounds really intriguing. If you do watch it, and think it’s worth the splatter, let me know. Because I know I’m not the best person to judge hard-core horror, I’ll share the following review (with spoilers) by Craft Fear, who loved it. (She pairs her movies with an appropriate beer, then reviews both, which I think is brilliant.) Read the piece here: A Devil’s Tale Paired with Soul-Selling Starry Eyes.
On IMDb here.

Available on DVD from Netflix.
No longer Available streaming on Netflix.
Not Available from Redbox.
Donald Sutherland & Sissy Spacek star in this film inspired by the Bell Witch haunting. This one has received several recommendations in the comments section of my post The 13 most haunting films, for ghost story lovers (and another 13+ worth watching.) I’ll be making the time to see it this week. UPDATE: I thought this was a little too on-the-nose … or something.  I’m being too harsh … maybe. Perhaps it would be best to direct you to a review from someone who is more articulate when it comes to this film. Read a proper review on Danse Noir.
On IMDb here.

(NO LONGER) IN THEATERS:

Available on DVD from Netflix.
Not yet Available streaming on Netflix.
Available from Redbox.
On my weekend get-away, we saw THREE movies in the theater. This was the best one. (I’ve gone back to the appropriate listings for Ex Machina & Age of Adeline to leave my opinions of those movies.) There’s nothing paranormal here, but there’s plenty of dark psychology. The relationship that develops between the two main characters gives me the chills. Fine performances by both Jonah Hill and James Franco, plus at least one fantastic scene by Felicity Jones. Well worth the watch.
On IMDb here.

Available on DVD from Netflix.
Not yet Available streaming on Netflix.
Available from Redbox.
On IMDb here.

Showtime is giving away a taste as follows:

I’m still not sure I should be sharing programs that are only available on premium channels, so my featuring of such shows will be hit or miss. I did want to mention Penny Dreadful though, because it’s really quite wonderful, once you get used to it. We don’t have Showtime, but I saw most of the first season while I was staying with my daughter in North Carolina last summer. I’m actually fighting temptation to subscribe … there are other shows I miss too.

I have been waiting for my daughter to make this listing go live for a MONTH. This set is available in pin-back style (think flare buttons) for $14, or in magnet style (think refrigerators) for $20. I’ll be ordering all 12 designs in the magnet style so that I can wear them in my pendant necklace. Order yours here: Pooka Creations. And, if you think they are cool, why not share the link to my daughter’s work on your social media outlets?

My son brought my attention to a Tumblr artist who is developing Erma, a character reminiscent of one of our favorite ghost girls, Samara Morgan, from The Ring. See the imgur gallery here or visit the artist’s Tumblr bog here.

You will be returned to your regularly scheduled investigation report next week.

Apparently, I’m going to be engaged in an entirely different set of adventures this weekend. (More details will follow — assuming anything interesting happens.) In the meantime, now might be a good time to catch up on the first two installments of Investigating a Haunting: Carlos Avery WMA, MN.

To make up for my absence this weekend, I’ll post a random little something for you now.

(By the way, these are a bit raw and non-PC. Watch at your own risk.)

Stephen Spielberg v. Alfred Hitchcock
(This one is just filthy with the language, as my imaginary grand-mama would say. Enjoy.)

For more battles, suited to your particular tastes, check out all the videos on the ERB channel.

I hope you can get your spook on this weekend. (I’m certainly going to try.) If you’re looking for more paranormal entertainment to fill the time, feel free to wander through some recent

On Saturday, April 26th, 1986 — 29 years ago this week — the worst accident in nuclear history occurred at Chernobyl.
This video of the area, taken by drone, was filmed last year.

Pickings are slim in new releases this week, so I’m offering up some outliers for you. Perhaps you’ll like one of these: 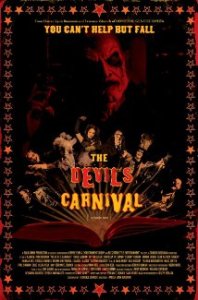 Available on DVD from Netflix.
Available streaming on Netflix.
Not Available from Redbox.

From IMDb: “In the Iranian ghost-town Bad City, a place that reeks of death and loneliness, the townspeople are unaware they are being stalked by a lonesome vampire.”

Ogre has been telling me about this one for months. Apparently the reviewers at one of his movie-centric podcasts thought it was terrific. It looks … intriguing.

UPDATE: This is an arty film, but accessible. It is slow. ‘Really, more of a romance than anything, and not a great romance at that. (The female lead says maybe 100 words in the whole movie.) That said, it is beautifully shot in a lush black and white and it has some really memorable imagery. Language: Persian, subtitled in English.
On IMDb here.

Not Available on DVD from Netflix.
Not Available streaming on Netflix.
Not Available from Redbox.
This is a horror musical. A review I read called it a “blend of Rocky Horror and the Twilight Zone,” and that is a great description. I’m watching it as I type this, and I don’t yet know if I like it or not … I will say it’s gorgeous. UPDATE: I only got through about half of it before it was removed from streaming. No it appears to be completely gone … no DVD to be had.
On IMDb here.

Available on DVD from Netflix.
No longer Available streaming on Netflix.
Not Available from Redbox.
UPDATE: This was so much more complex and artistic (and very, very old) than I was expecting it to be. A great way to sample a silent film. (This movie has come into the public domain and is available for viewing all over the internet.)
On IMDb here.
The following is a scene from the movie as I was unable to find a “trailer.”

Available on DVD from Netflix.
Available streaming on Netflix.
Not Available from Redbox.
Vincent Price and Peter Cushing in 1974. Sweet.
On IMDb here.

UPDATE: It was awful! This movie gives the impression that it was once a beautiful thing, until a committee of money-guys got ahold of it. The narration, which seems perfectly fine in the trailer, continues through the whole film. The narrator tries to explain far too much. The first half to two-thirds of the movie is a pretty boring romance. Only when Harrison Ford appears does it pick up a little.

This is the first time I’ve flagged a film as red, and I don’t feel bad about it. It could have been, and should have been, so much more, and it definitely does not live up to the expectations I had for it. That said, it’s not un-watchable. If you’re looking for a romance, it’s not bad. A far better choice for a magical realism romance, though, would be Midnight in Paris (2011).
On IMDb here.

(The full first season is currently available on SYFY STREAMING now. Also check your ON DEMAND.)
I’m coming to this AFTER the first season has wrapped up, on the recommendation of a friend. I’m able to access all the episodes via On Demand. So far, I’ve seen the first two episodes and I like it. It’s too soon to know if I’m going to love it, but I’ll be watching more this week. UPDATE: Well, as much as I did like it, I haven’t yet gone back to watch more or even see if it’s still available to me. (It is still available at the above link.)
On IMDb here.