In the depths of mid-November, it’s not too late to start a NaNoWriMo project, right?

It’s turned cold. The pond has become frozen in time, transformed by a clear sheet of ice. It’s as if I’m looking at a photograph of it, even when I stand on the deck, feeling the chill wind that should be rippling its surface.

It is a visual metaphor for the last twelve days of my life.

I’ve been absent from blog, but you already knew that. After posting daily for all of October, I needed a break. I think I intended to take a couple of days off, but that stretched into twelve.

I knew this would happen, but it still stings.

I gave the first five days of my blog vacation to just being with my family, while my daughter was still in town. On November 4th, we rented a game called Beyond Two Souls and the kids played it through, while Ogre and I watched. It was a good distraction for those last 24 hours before Pooka had to catch her flight.

I’ll be reviewing this in the near future.

She left on the afternoon of November 5th. It’s ok that she’s gone home – I know she missed her Beau, and her cat, and her own computer, and her own life. Facebook, and the internet in general, make being separated from a family member much more bearable than it used to be. Interacting online is our normal, and always has been. (When Pooka was a kid, it wasn’t unusual for us to communicate via instant messages. When she was home for her extended visit, we continued to send memes and reminders to each other through various social media channels.)

So that’s all right then. I suppose I mention it because I’m feeling disconnected, but it’s not the 1,300 miles between my daughter and me causing the problem. 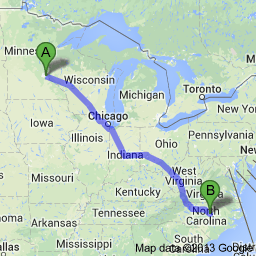 Despite my good intentions, I pretty much lost the six days between her departure and today as well. I’m not entirely clear on what I’ve been doing. I guess I’ve been reading, cooking, cleaning – all the normal stuff. I’ve watched most of three seasons of The 4400. I spent one day sorting through my knitting books, yarns and needles and making swatches. I even went to the gym once. Beyond that, it’s pretty fuzzy.

This happens every year at about this time. November through January are tough months for me. First there’s the loss of light and the advent of the bitter cold that makes being outside, even in the few available daylight hours, painful. Soon there will be icy roads to enforce my isolation and trigger my vicious winter-driving anxieties – for myself and for everyone else I love. Next there will be Christmas – a season that makes me feel poor. I become sensitized to finances, of course, (and this year the finances are especially bad … again) but it’s more than that. I become increasingly aware of how tattered my once-large tapestry of extended family and friends has become over the years.

And then there’s the thoughts of my dad – who inadvertently carved my hatred of winter into me – rising closer to the surface of my mind every night as I lie awake, wishing for a way to get warm for more than a few minutes at a time. Experience has taught me that such thoughts come with the cold and become more frequent as we draw closer to January 29th, the anniversary of his death.

Apparently I was dubious. I’m told he eventually just sat down in the middle of the pool, still wearing his dress pants, and pulled me onto his lap, so that I wouldn’t get scared.

I hardly knew him, really. My parents had divorced when I was two, because my father was physically abusive to my mother and drank too much. In the years between the divorce and his death, our relationship was confined to infrequent, usually supervised, visits. I think I last saw him in 1976.

In 1977, he froze to death in a field alongside a deserted road, on the coldest night of the year. I was nine years old.

Of him, I have only the stories told to me as I grew up, a few distinct memories, and a handful of photographs – including thirteen – taken by a cop or coroner – of the “accident scene”.

Most of them don’t show his body, but some of them do.

The photographs are in a pink and white envelope, emblazoned with the words: photos, share your happy times, order reprints and enlargements.

Right now, I’m supposed to be writing about him. Well, not about the truth of him, but rather about the stories I’ve woven about him. Back in early October, I decided this would be the year I would tackle my feelings about what happened in my fiction. NaNoWriMo seemed like a great time to just let everything go onto the page.

But, aside from some pre-writing and outlining, I’ve not started.

Writing anything about him is hard. Even here and now I feel guilty about bringing this up. I just ran a search on the blog, to make sure that I haven’t already written about all this. I usually want to, but it seems I’ve not allowed it to bleed into this blog since I started it.

I guess, some part of me recoils from the drama of it all. This is not my first slow-motion melt-down about my daddy issues. I assume folks around me are sick of it. I’m pretty sure that, as an adult, I ought to be able to put this to rest. But not talking about it, or writing about it, has not made anything easier, so I’m going to go ahead with it. (and wordcounts and deadlines be damned.)

Tomorrow, you’ll be returned to your regularly scheduled programming here at the blog. (I’ve already written Wednesday’s post, a fangirl squee about Tom Hiddleston.)  I’m betting, however, that this won’t be the last you hear of my father this winter.

Tonight’s post is just my way of breaking the ice.

6 Comments on “In the depths of mid-November, it’s not too late to start a NaNoWriMo project, right?”