There is no way I’m going to capture every great thing that happens in my personal web, let alone on the wider internet. The posts I feature here just happened to catch my eye. They resonated with me and whatever is going on in my life right now. And they are worth sharing.

Hunter Shea has released a collection of short stories called Asylum Scrawls. From now through Halloween, it’s available as an ebook, for only $.99. That’s a pretty spiffy treat for your Halloween loot bag. Pop over to his blog to read some story descriptions.

In the wake of the news about my favorite Bigfoot guy, I want to share this piece, by Martin L. Clemens of  Paranormal People: So the Yeti is a Polar Bear? I’m unconvinced.

So who’s giving American Horror Story: Coven a shot this season? Mrs. Horror Boom has Ten Things We Learned From American Horror Story Coven’s Premiere, “Bitchcraft” (SPOILERS Included)! No one in my household likes the show, so it’s nice to read what someone thinks of it so far.

Often,  following you guys leads me to new haunts. This week, Tim Prasil wrote a piece about the Stickney Mansion for a site called Mysterious Heartland: A Celebration of Midwestern Curiosities. I foresee me spending some time there, browsing the archives.

Michael Thomas-Knight, of Parlor of Horror, brings news of an epic horror anthology:

“From one hundred of the world’s finest storytellers of the macabre comes an epic anthology of short form terror fiction that will frighten, disturb and delight the reader.”

And his name is on the cover! Nice.

Markmc of Lasers, Monsters and Barbarians Oh, My! has been giving synopses of the Halloween episodes of the TV shows many of us grew up with. As soon as I start reading, I am returned to those cozy, after-school afternoons of my childhood. Pure, sweet nostalgia. 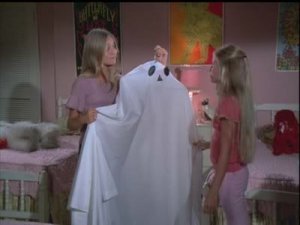 Another true ghost story – written beautifully – comes from Randall Keller, at The Voices.  Read Just Around the Corner.

And news of ANOTHER collection of horror shorts comes from Kevin A. Ranson:  The Best of The Horror Society 2013. Kevin’s been published alongside Mort Castle. Not too shabby. 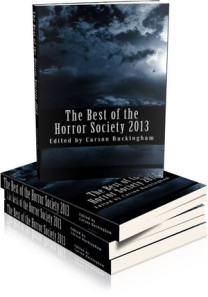 Debbie Morrow, at Frugal Frights and Delights, brings us a list of cool and unusual costumes. I’m thinking the one pictured below would make me popular at a party.

Halloween Makeup Tutorial Videos: my own attempt and a selection of GOOD ones.

So what are you going to be for Halloween? What’s your excuse for dressing up?

This year, we’re doing Halloween on a very small, intimate, and CHEAP scale. (We’re saving money for our eventual relocation to North Carolina.) As far as I know, I don’t have any parties to attend, and I won’t be working on Halloween night.

I suppose I could skip the costume thing, but I know I won’t really do that. If nothing else, on Halloween night, I’ll be out roaming the streets, looking for houses that deserve to be recognized as Halloween Heroes.

And I’ll be wearing something spooky to do it. For me, that probably means a simple black dress, maybe a veil or a hat (or both,) and — most importantly — makeup. If I don’t get the chance to pull out my kit and turn myself into a monster, it’s not Halloween.

A couple of years ago, I made an EXTREMELY AMATEURISH tutorial video of me applying zombie-style wounds. The filming was fun, even if the editing was a bit of a nightmare. Have a look if you like, but there’s better to come in this post. 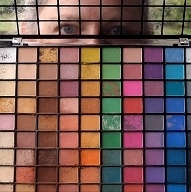 So. yeah. Let’s move along, shall we?

After some internet spelunking, I’ve found some GOOD makeup tutorials to share with you. I’m interested in affordable looks, useful techniques AND interesting voices / personalities. Here are my personal picks:

ExtremeSFX.com – Very professional use of prosthetics, by a supplier. Spendy, but gorgeous.

This one grosses me out, but I still want to try it: Hot Wax

And the imagination here, is amazing: Vincent Van Gogh

It’s a joy to listen to the lilt in this artist’s voice as she explains her Halloween Clasic … Skull/Skeleton makeup:

And I love this Haunted Victorian / Gothic Doll

Scary Clown, above, was featured in her post A Stranger in the Looking Glass: Top 5 Tutorials of 2012

Don’t be intimidated by the artists you just watched. For $20-30, you can pick up enough items to make a  versatile kit. Add some time and patience, and you can learn how to transform yourself (and your friends.) Remember, this – like all Halloween activities – is supposed to be fun. Relax. Have a good time.  Just play.